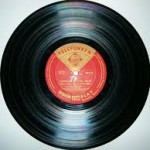 Billy Joel’s Glass Houses and The J. Geils Band’s Freeze Frame were the first two albums I ever bought, and I bought them on cassette. A few years later, I switched to records. I’m still not sure why. Maybe I heard somewhere that vinyl sounded better, but I doubt it. I hardly listened to my records; I would immediately tape them onto one of those TDK SLII-90 blank cassettes. An LP would fill about one side, together with an EP B-side if the album was a little short. If it was maddeningly long (say 48 minutes … just too long for the extra two or so minutes you always got on a “45 minute” side), it went by itself onto a TDK SLII-60, with EP fillers again, if necessary. The records would then go into a milk crate, my version of a reliquary, where they became proper objects of devotion.

If records were sacred relics, tapes were the opposite: relentlessly personalizable, a place to practice band logos, doodle scenes of medieval violence, crack private jokes, and list all sorts of useless information on those very inviting lines that appeared when you flipped the label inside-out. Man, we worked on those cassette labels like prisoners sculpting in soap.

Like a lot of people, when I hit my mid-twenties my taste in rock music froze. I stopped trying to keep up with the constant flurry of new bands and splintering scenes. Besides, there was this whole other genre of music called jazz that I was eager to explore, and which sated my desire for the “new,” even though the vast majority of it seemed to have been recorded before I was born, and most of the practitioners I was listening to were dead. My taste moved on from there, to modern chamber music, flamenco, free jazz and salsa. If I wanted to listen to rock, I could always put on something I’d listened to in high school, or college, or early grad school.

By my mid-twenties I had also moved into buying music in the relatively new medium of compact discs, and for several years I didn’t bother to buy anything on vinyl, except for the occasional dirt-cheap classical record at a garage or library or radio station sale. Then two things happened. First, I started listening to new(er) rock music again—metal bands that had popped up in the mid-to-late nineties, as well as non-metal acts that attracted my attention (Calexico, Radiohead). Second, for whatever reason, I decided to reinvestigate the roots and branches of “my” music from the seventies and eighties. And this meant, somewhat inscrutably, going back to vinyl.

My collection of rock records from the seventies and eighties had always been supplemented by my friends’ collections, and theirs by mine, so that if, say, Andrew had X album by band A, I would buy Y album, and then we would tape them off of each other. As a result, my record collection was maddeningly incomplete, although I probably never felt it as such until I had lost touch with those friends with whom I had shared this music. I had a lot of Rush and Voivod and Testament and Metallica and Maiden, but little Zeppelin or Priest or Slayer or Megadeth or Floyd, which I had mostly taped. There were also certain bands and artists that I hadn’t gotten into until late college or post-college, like (believe it or not) Black Sabbath, when I was already buying everything on CD. Looking at my record collection was like looking in a mirror and seeing only half of my face.

Now, there is no logical reason why, when I started to pick up the old albums I didn’t have on vinyl, I couldn’t just buy them on CD. Most of my friends happily re-bought all their vinyl on CD in the ‘90s. But somehow, when I went to buy the ‘80s metal, ‘70s prog rock, and ‘60s classic rock I never had, or never wanted—again, inscrutably—I had to buy it on vinyl.

Hang in there, now—I know this all seems a bit too navel-gazing, and you’re wondering at this point whether you should actually give a shit. But have you ever stared at your navel so long that it starts to look … well, a little funky? Like maybe it’s not even your navel? (You can mentally italicize either “your” or “navel” in that last fragment-question.) Have you ever fallen into your navel, like Alice into her rabbit-hole?

Until about five or six years ago, my record collection represented a period of vinyl-buying that lasted from about 1984 to 1991. Over the last several years, however, I’ve started adding to it again—buying those missing records I only had on home-mixed cassettes, yes; or that I had only bits and pieces of from friends’ mixed tapes, and never, for whatever reason, got around to getting in their entirety—Exodus’s Bonded By Blood is a good example; or albums that I didn’t like in their entirety, and so, according to the endlessly-malleable analog world we used to inhabit, I had recorded edited versions onto mixed tapes myself. But then I’ve also started buying records by bands I didn’t listen to at the time or the moment, but feel like I should have. Example: given my prog rock-classical music background, it took me a while to break down and start listening to the more noisy, minimal thrash bands. I resisted Metallica until after Master of Puppets, Slayer more fiercely, arguing with myself about the un-musicality of it all, arguments that continued even after I had begun listening to them regularly. This is one reason I only ever had 1988’s South of Heaven on vinyl. But how can any self-respecting middle-aged metalhead have a record collection without Reign in Blood, the most pummeling, aggressive, hate-cathartic album ever recorded? That TDK SLII-90 I used to tape Arjun’s record back in 1986, black-pen blood droplets and a pentagram on the spine, just didn’t cut it. I was like a cardinal with a styrofoam crucifix.

These are dangerous things to say publicly. I risk losing a rather hard-fought identity. Because I was always identified as a metalhead, and so got used to calling myself one. In those days, once you listened to one metal album you were sort of lumped in with the crowd; the idea that you actually discerned among music in a genre that the bulk of the population regarded as “noise,” as “just screaming,” or that you listened to other things, too … well, that was preposterous. And so a sort of chute is formed for you, and you embrace whatever is at the end. I imagine most people’s identities are forged in just this way, via these complex negotiations between resistance and acquiescence.

By buying up all those records I didn’t have—not just the Judas Priest and Nuclear Assault and Death Angel albums I had taped in part or in whole off of friends, but also the Black Sabbath and AC/DC and Dio and Slayer albums I resisted, or didn’t much care for, or even outright disparaged—I am correcting my past. I am flexing my consumer muscle in order to create a version of who I might have been, perhaps should have been, according to who I have become. That I am doing this materially, via a consumer artifact, is crucial; for this way I can mold my memory, and hence my identity, to fit the evidence before me. Because if I became a metalhead partly by dint of being identified as one, then the external evidence is that much more persuasive. To others, yes; but first and foremost to myself.

And what a perfect choice of commodities: records! Grooves in pressed vinyl! It partakes of both the permanence of the engraving and the malleability of the material upon which the grooves are made. It is arguably a better metaphor for memory in the age of mass consumption than Freud’s mystic writing pad. It can even be played at varying speeds, and spun backwards …

As I said, in truth—in truth—I came to some of this music reluctantly, even kicking and screaming, arguing with myself about the aesthetic paradox and poring over Zen and the Art of Motorcycle Maintenance in my very early twenties for guidance and solace, before abandoning the paradox and embracing the aesthetic, so to speak. But it doesn’t matter now, because the vinyl is right there, and it speaks more clearly than memory ever could. It admits no paradoxes; it is uncontradictory, self-identical. And it says otherwise. I have become the image of what people always believed I was—a musical scoundrel—and perhaps what I most wanted to be for them, in whose eyes I needed to complete my identity, rather than what I truly was—what I truly was—which was surely more slippery, much much more slippery—what never exists in such a clear consistent outline as that persona we adopt in others’ eyes, the impressed circle of a record on a paper sleeve—and which is what, for all the emendations and distortions inherent to writing, or rather because of them, these words are here to correct, or perhaps more accurately, to counterbalance, to undermine, to goad …

I’m being a little facetious, of course, a little unfair; I’m having fun with myself at my own expense; the writing begs it of me. And then there is that part of me that imagines I am trying to assemble a collection that is “representative” of the genre, that is in some way “canonical,” that reflects a more “mature” vision … but representative of what, precisely?

All this is why I can never buy new vinyl—those beautifully-packaged, carefully weighed-and-measured re-pressings (mind the pun) of old records, weighing twice as much, “mint,” perfect-sounding (as if there were such a thing as perfect vinyl). I still have the hundred-dollar Pioneer turntable I bought on Route 22 in the mid-eighties. I’ve replaced the needle a few times, sure. But if my records sound a little old, all the better. After all, I’m constructing an illusion of my taste at a particular time; how would new vinyl help? Better to have a bit of scuff and dogeared corners … but not too much! Remember, I taped my records and then put them away, so the ones I bought new are in very good condition. I listen to them more now than I ever did then. And with each spin they become that much more persuasive.