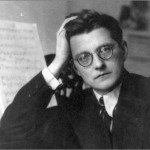 An hour or so before dusk last Friday I walked out of the Upper West Side and into Central Park, started north following the dirt riding trail along the embankment of the reservoir. This was the first real day of fall; the park had the feel of a location shoot for Wuthering Heights, sky all overcast and wind gusting leaves off the trees. The trail climbed slowly, meeting the top of the embankment at the reservoir’s northwest corner. From there the water looked like the pate of a great tonsure, and the fountain in the distance like the spout of a whale. Maybe the whole island was leviathan, I mused, and that its blowhole. Walking north again, I glanced back now and then, until all I could see was the top of the spout and the mist. The illusion was complete.

I had just watched King Kong for the umpteenth time, and for the second in recent memory on the Big Screen, so I had leviathans on the brain. What struck me this time around was that all the movie’s beauty is in its stop-motion behemoths. The name of the craft is actually misleading: the creatures are in constant motion from the moment they appear: tails and necks writhe, wings flap, mouths roar or hiss; when they square off, they feint and jab, pounce, snap, and pummel. There is a great ka-boom every time their bodies hit the ground. Watching them dance, I felt like I was not at a horror movie, but at one of the first great musicals of that genre’s golden age: Busby Berkeley and Willis O’Brien collapsed into each other.

A few days earlier I had gotten an email from the Marine Mammal Center in Sausalito, where I briefly volunteered some years back, about the carcass of a blue whale that had washed up on the California coast. The email was encouraging people to go see the animal for themselves, and to touch it—a rare opportunity, it said, to touch the largest mammal that ever lived (the carcass measured 80 feet). There was a link to Facebook pictures of its body, with people climbing along and around it. I thought of the “Bower in the Arcasides” chapter of Moby-Dick, one of my dozen or so favorite chapters in the book, where a sperm whale’s beached skeleton, “woven over with vines,” has become an object of worship and a chapel, “the skull an altar,” incense-smoke rising from its bony blowhole.

As I walked and pondered I was listening to Shostakovich’s 24 Preludes and Fugues, a piece to which I find myself returning with the sort of routine urgency that one returns to a place of prayer. The Preludes and Fugues document the composer’s struggle with the leviathan of Bach, and particularly with the Well-Tempered Clavier—leviathans wrestling leviathans. Like Kong and the Tyrannosaur, though, it’s less a fight than a carefully-staged dance. Perhaps Bach was as ambiguous a god to Shostakovich as the whale’s vine-skinned skeleton is to Ishmael: it “seemed the cunning weaver,” the “busy,” “unseen weaver-god,” “himself all woven over with the vines; every month assuming greener, fresher verdure; but himself a skeleton. Life folded Death; Death trellised Life; the grim god wived with youthful life, and begat him curly-headed glories.” A moment later, Ishmael will break through the ribs and almost lose himself in the labyrinthine chapel; “naught was there but bones,” he declares, before daring, against the outcries of the priests (“That’s for us!”), to measure it.

Shostakovich’s preludes and fugues run the gamut from the meditative and the never-quite-mournful—there is always a kernel of assertiveness lurking inside them—to the agitated and kaleidoscopic. I love the meticulous attention to structure in building his sonic cathedral, necessarily so different from Bach’s, but just as different, I think, from any modern church or skyscraper. I love its domes and buttresses, its cornices and spires, the whole clear architecture of it, and only wish I could stand back from it far enough to see it all at once, like one can from the carcass of a whale, and to measure it, like Ishmael with his switch. To my ears, it is as little Solzhenitsyn’s cathedral as Stalin’s, probably because one can hear Shostakovich raising the stones himself, rather than finding a ready-made home in God’s, or the State’s. (And if you were looking for a Tyrannosaur here, take your pick: God, the State … though we should perhaps add Capital to the list, and not forget the image of Kong astride the cupola of the Empire State Building. It is in those intensely affecting moments right before he falls that his movements most clearly resemble a dance.)

The lamplight was scattered in the turtlepond. The willows were ransacked by the new cold gales. And if I happened to reach the twelfth fugue, one of several regularly-spaced spires, as I climbed the Great Hill, then no doubt I intended to, or someone intended for me to. I had modified the pace of my walk; I had come across a propitiously downed tree. At the top of the Hill I cut across the grass to the flat schist outcrop at its center, another peak among many. Only to me, this evening, it was the crest of leviathan; I could sit on its rocky brow like a leviathanic thought, and say, Here is where the music has brought me; no further. For the Shostakovich—or maybe the Shostakovich post-Kong and dead blue whales—makes me think about what music can and cannot do, what its limitations are, where its natural boundaries lie, to what heights it can climb in its desire for the infinite. Anyway, it was a nice place to finish listening to the wild peasant leaps and washboard chromaticisms of twentieth-century Russia, and to intuit for a moment that there is order, maybe inexplicable, but not necessarily oppressive, that emanates like a light from within.