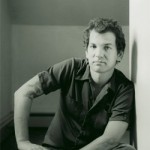 As part of his tenure as the Richard and Barbara Debs Composer—the first jazz musician to hold this chair—Brad Mehldau presented three concerts between January and March at Carnegie’s Zankel Hall. The first was a solo recital pairing original works with pieces of music that had inspired them (by Bach, Brahms, and Fauré), the pairs interspersed with brief lectures relating the two. In the third concert (I skipped the second), Mehldau shared the stage at different times with two other pianist-composers, Kevin Hays and Timothy Andres, and mixed his own compositions with those of his stagemates, together with a few standards. This show closed with two dances from a suite-in-progress, Rock ‘n’ Roll Dances, which featured Mehldau and Andres on piano, a 6-piece reed section, and a vocalist, Becca Stevens.

I had the good fortune to be seated next to Stevens’s working partner, and to strike up a conversation with him in that rather halting New York way. It turned out that he and the aeolian Stevens worked together through a Carnegie Hall extension program for area schools. He praised all the musicians, several of whom I didn’t know. What he found funny, he said, was the fact that these top-notch horn players, among them Joshua Redman and Chris Potter, were going to be treated like session musicians. It was the sort of thing they would have done when they’d first moved to New York, before making names for themselves. I’m not really well-versed enough in the pecking order of New York’s jazz scene to fully appreciate the irony, but I got the joke, and smiled by way of illustration.

It was a remarkable concert, as remarkable in its own way as the earlier recital. The opening standards (duets by Mehldau and Hays) were as much a surprise to one or the other pianist as to the audience, and as much a surprise in performance, too, so transformed were the original changes in these musicians’ imaginations. The new(er) compositions were consistently interesting, with the find of the evening being young Andres’s Shy and Mighty—an unpromising title concealing a world of riches, at least the three selections chosen from this ten-pounder, particularly the second, a postmodern dialogue titled “How can I live in your world of ideas?”

In the second half, after another hybridized and grafted perennial (“All the Things You Are”) and Hays’s “Elegia,” the pianos were rotated 45 degrees, and chairs and microphones were arranged for the horn-players and Ms Stevens, all of whom filed out onto the stage and assumed their respective positions and postures. Now that I was seeing it, it was sort of funny. I was used to these guys (at least Potter and Redman) as bandleaders, and almost by definition, unless instrument, age or infirmity leaves you no other choice, a bandleader stands.

For me, though, the real irony didn’t arrive until partway through the first dance, number 3. It’s built on a bouncy, chord-driven ostinato in 7:4, a rhythmically-fractured reworking of “Heart and Soul,” right hand echoing the left throughout. It’s also reminiscent of Radiohead’s “No Surprises” (on OK Computer) … but maybe this occurred to me only because of Mehldau’s own version of “Exit Music (for a Film),” of which he often delivers an extended treatment in performance (the January recital was no exception).

A ways into the piece, the reed section was required to clap. Now, this was some well-thought-out clapping: the first few times through the ostinato, the claps fell on the third beat and halfway between the sixth and seventh beats of each measure—evenly spaced, that is, to accent the stressed chords. Then the pattern changed, with the players clapping alternately. I can’t remember that pattern; I’m actually eager to hear a recorded version. My impression is that half the reed section clapped the original pattern, and the other half clapped something against it.

I should digress briefly to remind my reader that I’m a great admirer of flamenco music, which means, among other things, that I take my clapping pretty darn seriously.

When most people think about rhythmic clapping, they imagine audiences clapping along to music—‘80s Japanese rock fans, kids on Wonderama. They remember Steve Martin in The Jerk, adopted by an African-American family—was this joke old already in 1979?—enraptured when he finally learns to put his hands together on the beat. The message, or one of them: Anyone with rhythm can clap. Anyone who can’t has special needs.

But when I think about clapping, I think of straightbacked gypsies dressed like toreros and violently beautiful women, clapping as if their lives depended on it.

So, where’s the irony? The man promised irony three paragraphs ago, you’re saying, and now he’s off on some tangent about clapping. My point is that there’s clapping and there’s clapping. Flamenco gets the italics. So do funk and soul. Watch Sly Stone; the man can clap. You’d think jazz, jazz would be right up there, no matter how third-streamy. Alas.

It wasn’t that they were off time or anything. They knew when to clap. They’re professionals. But if they’d played their horns with the same verve that they clapped … let’s just say I’d have headed for the doors well before the piece was over. And I wouldn’t have been alone.

I mean, here they were, some of the most brilliant improvisers of their generation, phoning in the clapping. And their posture! Potter looked like he was about to slide out of his seat. I’m surprised Redman didn’t tilt his chair back and scowl, like Vic Morrow in Blackboard Jungle.

Ahem. Gentlemen. May I? Thank you. Sit up straight. That means you, Mr Potter. Mr Potter … thank you. Now, hands up. Elbows high, turned out slightly, and—Mr Cheek, please put the horn down. Yes, on the stand is fine. There we are. Hands up? Like that, yes. Everyone look at Mr Tardy. Don’t be shy, Mr Tardy. Very good. Put one foot forward, the other back. Put some weight on that back leg; let your front leg hang loose. Relax your wrists. Fingers, too. Rest the fingers of your left hand in the palm of your right. Or, if you prefer, palms together. Ready? Mr Redman, are you with us? You’re not texting, are you? Just checking. Go ahead, Mr Mehldau. But slowly. That’s good. Now: one and two and THREE and four and five and six AND seven and one and two and THREE and four and five and six AND seven and … keep going … keep going … keep … stop … Mr Mehldau … thank you. That’s better, but I can barely hear you over the piano. And—what did I say about that horn, Mr Cheek? Thank you. It will be all right where it is. You should clap as if … as if Mr Mehldau would lose his place without you. Your hands need to transport you as much as your horn does. Deep breaths: in … out … Let’s try it again, this time, as they say, with feeling. Mr Mehldau? A little faster this time. Now: oneandtwoandTHREEandfourandfiveandsixAND … much better … very nice … ¡ale, ale! ¡Así se hace!

Thank you, Mr Mehldau. I’ll go back to my seat now. And Mr Potter? Please sit up straight. Thank you.