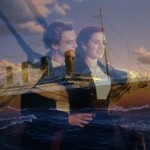 If someone were to ask me, “Helldriver, what is the most maudlin sound in the world?” the Conan sitting Indian-style in my brain would answer, in the thick Austro-Bavarian accent of a future governor of California, “The most maudlin sound in the world is that of a Chinese immigrant playing ‘My Heart Will Go On (Love Theme from Titanic)’ on an amplified tremolo harmonica against a karaoke backbeat, on a subway platform in Harlem.”

And lo, there he sits, feet crossed at the ankles, PA on a dolly, wringing out chorus after chorus with Dion-like fervor. If you live in New York, or maybe any major city, you’ve no doubt heard this song played on a host of different “world” instruments, all vying to out-schmaltz that dreadful penny whistle on the original. As melodies are memes, and memes are viruses, so this one is the plague among plagues of melodies. No cultural mountain is high enough, no lost tribe lost enough, to be safe.

God help us, is there a vaccine?

Waiting for the 4 train, I open my copy of Angela Carter’s The Bloody Chamber to the page where I have stopped, and read the following: “The Countess wants fresh meat. When she was a little girl she was like a fox and contented herself entirely with baby rabbits that squeaked piteously as she bit into their necks with a nauseated voluptuousness, with voles and field mice that palpitated for a bare moment between her embroideress’s fingers. But now she is a woman, she must have men. If you stop too long beside the giggling fountain, you will be led by the hand to the Countess’s larder.”

Carter! Hear how she bites the throbbing vein of sentiment, nourishing herself on its blood while Celine Dion squeaks piteously. She is the proverbial iceberg in that hyperinflated dinghy’s path. If “My Heart Will Go On” is music at the service of a children’s story, The Bloody Chamber is a collection of children’s stories at the service of—at the mercy of—Carter’s grotesquely seductive voice.

In Carter’s version, I imagine Winslet hacking off DiCaprio’s hands with a hatchet as he tries to climb from the icy waters into her lifeboat. She takes the one that still clings to the gunwale and hides it under her dress. Back in New York, she masturbates relentlessly with the severed hand of her dead lover.

On the train, a Guatemalan man begs money for his sick daughter in Guatemala City. He has a picture of his daughter in one hand and his hospital ID in the other. He tells his sad story first in English, then in Spanish. While he is talking, I dip into Carter again, read: “She loathes the food she eats; she would have liked to take the rabbits home with her, feed them on lettuce, pet them and make them a nest in her red-and-black chinoiserie escritoire, but hunger always ovecomes her. She sinks her teeth into the neck where an artery throbs with fear; she will drop the deflated skin from which she has extracted all nourishment with a small cry of both pain and disgust. And it is the same with the shepherd boys and gypsy lads.”

Perhaps he has no daughter. Perhaps he does, and she is not ill, but hungry. Who knows what parts of his well-practiced story are true? I read Carter. The Countess does not want to kill; she feels compelled to. She is as pitiful as the rabbits whose blood she sucks. Ill, hungry, she waits for that rational, virginal shepherd boy to arrive on his bicycle and break the spell. Like many of Carter’s stories, this one mobilizes the fairy-tale romance against itself, yet still maintains something of its original sentimental power. Carter, then, is the Countess, at once relishing and regretting the violence she must do.

I can sympathize with the Countess—the monster, the outsider—better than I can with the Guatemalan man’s daughter, an unknown figure suffering an unknown malady in a faraway hospital. Her father’s presence, the bits of evidence he holds in his hands, are less persuasive than Carter’s voice, before which I am as powerless as the Countess’s voles and rabbits. It is his story, most of all, that I guiltily resent. So overwrought, so manipulative. So Titanic.

Do they enable me to withdraw from a world of suffering, these lurid fantasies of incandescent beauty? Probably, but no more than Titanic would. In fact, far less. After all, The Bloody Chamber is a self-conscious antidote to the tawdry Titanic fantasies that undergird our society, where peasant boys die for love and the virtuous poor valiantly panhandle their way to health.

And yet, I don’t give a dime, and the ones who do, why, they were the very ones bathing happily in the melliflous stream of “My Heart Will Go On” on the subway platform.

Carter may be an antidote, but it is only temporary, and when I stop reading, the Titanic virus begins its insidious replication inside my brain cells. A couple of hours later, I find that I am manifestly ill, humming the melody to “My Heart Will Go On” around the office and between classes. Thankfully, there is another little antibody floating around inside me, waiting to be mobilized: through incessant repetition, I find that “My Heart Will Go On” resembles “The Great Gate of Kiev” in Mussorgsky’s Pictures at an Exhibition. The same opening interval, tentative or triumphant, evenly spaced across two measures; and then a four-note phrase that touches down again on the supertonic.*

The differences, however, are what make “Kiev” an effective antibody: it mimics Titanic only in order to scuttle it. The stepwise cascade of notes that ends the first part of the Titanic melody has none of the muscularity of “Kiev”’s 3-1-3. Dion has just blown her wad in an effusive leap, a full octave if you include the preparatory dip; now she turns tender, goes in for the snuggle (that 3-4-3 half-step nudge; another stepwise, descrescendo descent). “Kiev” mirrors a bit of the descent, but the effect (3-5-2-1-7-5) is of clanging cathedral bells, prefiguring the chimes at the piece’s end. “Heart” goes on to repeat the whole choral melody, which is really an embellishment of the verse; in pop, you have to come twice or people want their money back. “Kiev” repeats just the second phrase, then—counterintuitively, at least to my ear—jumps back to the opening four bars. (This jaggedness of phrasing is typical; Pictures’ well-known “Promenade” theme, with which “Kiev” is allied, is another example. In “Kiev,” the latter parts of this opening section will be reshuffled as the theme reappears.) But it is the last part of the opening section—the different use of IV, and another near-repetition before a more emphatic restatement of the opening bars—that most happily throws Winslet and DiCaprio overboard. Overall, rather than present us with the sinuous thread of an emotional narrative (boldly declared love followed by self-pitying longing), “Kiev” is static, ekphrastic, a music of sharply-angled phrases that boldly affirm and resonate with each other, as suits its purpose. (This is not to say the piece as a whole feels directionless; it builds through repetition and crescendo, like Bolero. As has been remarked, if it suggests any narrative, it is one of the traveler approaching the titular monument until it looms above him in all its sublime grandeur.) Titanic is confessional, personal; “Kiev” is ritualistic, cultural. It is marriage, not romance. Cuddling with the Gate is strictly verboten.

The similarities shouldn’t surprise us; romantic love and romantic nationalism are twinned emotions, and can be made to speak a similar language. I don’t mean to elide the difference made by instrumentation, or to understate its importance to “Kiev”’s effectiveness as an antibody: the heroic vehicle of the piano, or the brass in Ravel’s dramatic re-creation for orchestra, versus Dion’s heart-choked voice (or the penny whistle, or the tremolo harmonica).** What I find most fascinating, though, is the way the musical brain responds to melodic, rhythmic and structural affinities regardless of instrumentation and mood.

Anyway, thanks to Mussorgsky, before long I am marching around the office to a fanfare, a bloody Russian patriot.

With these two pieces I was able figure out why my brain toggled from one to the other. But who knows by what dark logic my inner ear moved between a Bach prelude and Nuclear Assault’s “Stranded in Hell” the other morning as I walked down 145th Street. Oh, the funny looks I have gotten from record-store clerks for bringing, say, Slayer’s Diabolus in Musica and John Coltrane’s Crescent together to the register, as if the latter would burn the former, like Lucas’s lost ark burns that swastika off the Nazi flag draped over the crate in which it is stowed. Or the Anthrax EP Armed and Dangerous with Oliver Nelson’s Blues and the Abstract Truth. But I am not the god of used record bins to say why I should have found these two in the same vinyl vein; nor can I say why bugs for Love Supreme-era Coltrane and ‘90s Slayer should have bitten me at the same moment. Maybe I need Slayer to clean the Jesus out of my system, and Coltrane to clean the Satan out, before either works his nails too deeply in. Or maybe all this is just a symptom of the true plague of the West: an abiding Manichaeism, crippling our aesthetic sense, blinding us from the fact that music is music; that Coltrane and Slayer, in their moments of inspiration, stand shoulder to shoulder, tugging at the same old rope around the heart.

* I am reading the song in E, not C# minor, despite the initial chord. I can’t hear the melody resolving any other way. The chord progression of “Heart” (C#m-B-A-B-C#m) is standard rock/folk fare (e.g., “All Along the Watchtower,” etc.), though there it is often i-VII-VI-VII-i. Here, all vi seems to be doing is substituting for the I in I-V-IV-V-I.

** James Horner, who wrote the eponymously battle-horny score for Aliens as well as the theme for Titanic, cannot be a stranger to Mussorgsky, and this makes it doubly tempting, though perhaps unfair, to hear Titanic as a degraded version of “Kiev.”